Facilitating Investment in the North 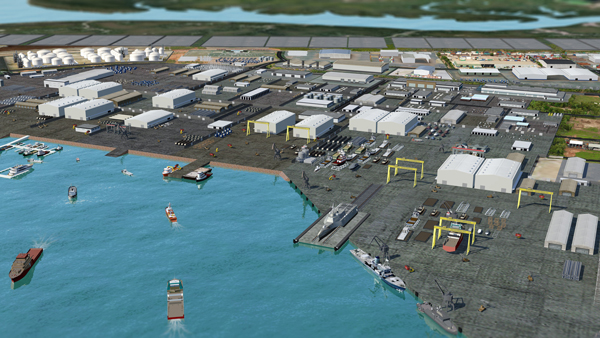 In a bid to aid growth within the Northern Territory, the Territory Government recently released a $1.75 billion infrastructure investment plan to achieve this. With a need to increase growth in sectors such as trade, cultural centres, urban renewal, tourism, liveability and more; private and public entities are also stepping up to assist in this development.

Senior-level experts will be attending the 8th Annual NT Major Projects Conference 2017 to discuss their involvement in further developing the region. The two-day conference is hosted at the Darwin Convention Centre on the 18th and 19th of October.

At the Conference, government agency will be portrayed through discussions regarding the ‘Northern Australia White Paper’ and its parent policy the Northern Australia Strategic Partnership. Jason Schoolmeester, Executive Director Defence NT of Northern Australia Development Office, will expand on the document and explain the unique position the NT has for the north’s future prosperity and for spearheading the nation’s security. The policies focus on six main development areas, investment, resources, trade and business, infrastructure, workforce and employment and governance.

Zooming in on growth progress within the territory’s capital city will be Dr. Graeme Suckling, Chief Executive of UDIA – NT. Dr. Suckling has previously stated that the NT needs more basic infrastructure, but is unable to achieve this without external investment facilitating the growth of industries and thus making the territory a more desirable place to live, work and play. In his presentation, Dr. Suckling will examine the critical importance of affordable housing and analyse developer dollar contribution to the region.

The Darwin Port Upgrade will be used as a case study example of the territory’s investment strategy. This will be presented by Terry O’Connor, Darwin Port’s Chief Executive. The upgrade’s three main goals are to increase capacity for exports and trade, increase capacity for major gas and oil projects in the Darwin region and cater for growing demand for Australian exports in the Asia-Pacific region. Additionally the plan outlines the development for better Department of Defence amenities. These upgrades will see both targeted and long-term solutions for the Port.

Supported by the Northern Territory Government, the 8th Annual NT Major Projects Conference 2017, held on the 18th and 19th October at the Darwin Convention Centre,  is a comprehensive event where industry experts gather to present and learn about a diverse range of major infrastructure projects planned in the region.