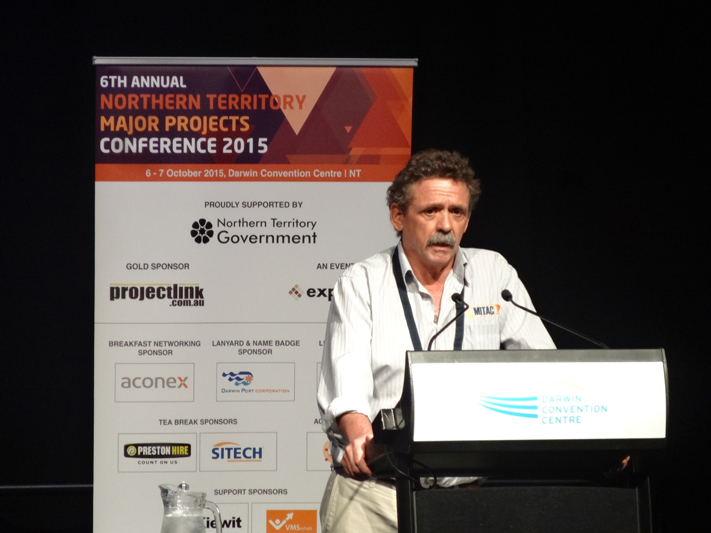 The Northern Territory has experienced substantial growth in its infrastructure sector over the past few years, with more than $45 billion worth of contracts over 16 major projects currently underway. Construction spending is up more than 91 per cent from the same period last year and more than $155 million has been spent on capital works and infrastructure since the end of the 2015 financial year.

The 6th Annual Northern Territory Major Projects Conference was held on the 6th & 7th of October at the Darwin Convention Centre, where more than 350 delegates gathered from across oil and gas, transport, health, education, housing, ports, water, energy and municipality sectors to discuss the latest infrastructure and major projects taking place within the region.

The two day conference is officially supported by the Northern Territory government, featuring over 25 key speakers from within government and private sectors, including Steven Gerhardy, Northern Territory Director of the Australian Petroleum Production & Exploration Association, who gave a presentation on the future outlook and economic opportunities of the territory’s gas and oil industry.

“These summits are a fantastic opportunity to really highlight the projects that are underway, to give a good sense of confidence to the market in the pipeline of projects that are happening in Darwin and in the Northern territory,” said Carley Scott, CEO of Developing East Arnhem, who presented on opportunities available in the East Arnhem region.

Signifying the potential of the Northern Territory, David McHugh, Chief Executive of the Department of Infrastructure, outlined five key areas described as “growth areas” for Australian export. These areas include petroleum, agriculture, international education, tourism and wealth management; all expected to grow 10 per cent per annum within Australia over the next 15 years until at least 2030.

Ranking highly on 4 out of 5 of these growth categories, the Northern Territory has great potential to develop its tourism industry. In the 2013-14 period, both local and international tourists spent $1.9 billion in the region, up 7.7 per cent from last year. Jim Parashos, Director of Operations & Customer Experience of Northern Territory Airports, spoke on ways the Northern Territory can establish Darwin as Northern Australia’s aviation gateway into Asia, with aviation passenger numbers effectively doubling since the turn of this century.

The conference included a panel discussion on the Agricultural Competitiveness White Paper which aims to outline opportunities in agricultural practice and assist in the development of more efficient farming practices, heading Brent Finlay, President of the National Farmers' Federation, Carley Scott, as well as Tom Ryan, Executive Officer of the Northern Territory Cattlemen’s Association, who gave insight into how agricultural can help drive the Northern Territory economy.

To meet the challenges of this rapidly evolving rural economy, Northern Territory leaders have placed a large emphasis on the diversification of its economy into less developed industries such as agriculture. “Agriculture is already playing a role in East Arnhem. We’ve got a $10 million plus industry per annum, so it’s really saying, what are the opportunities to support in East Arnhem to continue agriculture into the future,” Scott said.

Australia’s largest meat exporter, Sanger, recently struck a deal with China to provide prepackaged export meat from Australia, the very first of its kind. The rise of China’s Silk Road Policy and the development of the Asian Infrastructure investment Bank, all pose significant growth opportunities that the Northern Territory.

“We still have good size projects, but in the Chinese context they’re still relatively small. So projects need to be bundled. They need to be bought together so you can create a portfolio of investment and opportunities, rather than single investment project proposal,” said Daryl Guppy, Northern Territory President of National Australia China Business Council.

The 6th Annual Northern Territory Major Projects Conference was held at the Darwin Convention Centre on the 6th & 7th of October.