NT Top 10 in world for investment 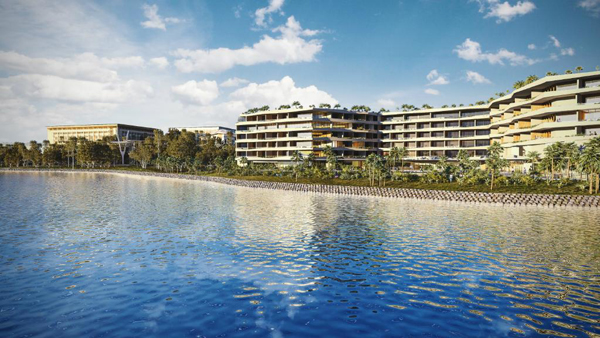 THE Northern Territory is ranked among the top 10 in the world for investment attractiveness, Treasurer Nicole Manison told the opening of the 7th annual Major Projects conference in Darwin.

In the most recent Fraser Institute Annual Survey of mining companies, released earlier this year, the Territory was 7th in the world for investment attractiveness, the highest ranking ever achieved by the Northern Territory.

“We ranked 4th out of 109 jurisdictions globally for the quality and accessibility of its geological data,” she said.

“And we were 5th in the world for perceived mineral potential.”

In a wide-ranging and detailed speech, Ms Manison said even with the $37 billion Ichthys LNG project entering the final phase of construction with the delivery of the final modules for the processing train, the project would still deliver for the NT economy.

“The Ichthys LNG project is one of the most significant oil and gas projects in the world, and will provide access to the Ichthys gas field in the Browse Basin, which is the largest discovery of hydrocarbon liquids in Australia for 40 years,” she said. “Inpex has demonstrated its commitment to further strengthening the working relationship with the Territory by formally signing two important agreements that will support jobs and economic growth in the Territory.

“The Recognition of and Recommitment to Industry Participation agreement will provide on-going opportunities for Territory businesses during the plant’s operations and the 15-year extension to the Optional Development Lease supports future development in the Territory, and provides certainty for Inpex and its potential to grow its LNG business in the Territory.”

Ms Manison also updated a number of key projects including the $200m luxury hotel planned for the waterfront. She said construction was expected to start in 2017.

“The $200 million Darwin Luxury Hotel will be constructed by the Landbridge Group and operated by Westin, the largest upscale hotel brand of the internationally recognised Starwood Hotels and Resorts group,” she said.

“The development is set to boost the economy, act as a drawcard for increased high-end business and leisure visitors, and give Darwin a significant edge in the lucrative business conference market. The development is expected to commence in 2017 and generate more than 500 jobs during the construction phase and hundreds of on-going jobs when it opens in 2020.”

So far there has been 80 inquiries for the $5b fund. Any projects funded with the NAIF have to be a minimum 50 per cent privately funded.

“We need the private sector to be the developer,” Ms Walker said.

“The whole objective of the NAIF is to do deals that the private sector can’t quite do by itself but 50 per cent of the debt needs to be by the private sector. We will work closely with people so when they come to us, we can help shape how NAIF can play a role.”

Ms Walker, a former ANZ and CBA bank executive, said the projects were at different stages, some more advanced than others.

“I’ve worked specifically on infrastructure projects in Queensland, and Victoria,” she said.

“We have one project heading through due diligence and that is the final stage before it goes to the board to fund or not to fund.”

The NAIF board will meet in Darwin at the end of November.