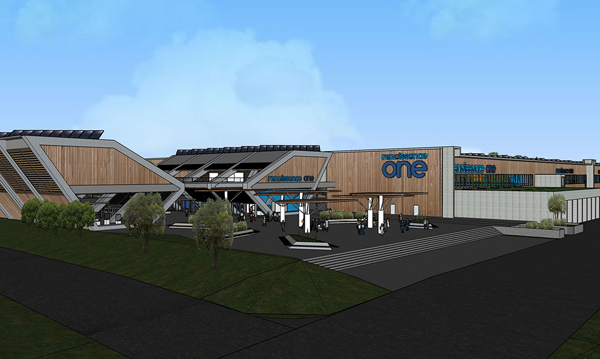 In a bid to upgrade the Northern Territory’s facilities to accommodate the growing number of tourists, improve liveability and assist economic growth, the Territory Government has released a $1.75 billion infrastructure investment program to kick-start the process. Some of these projects include the Darwin Battery Storage Gigafactory Project, the redevelopment of the Darwin International Airport (DIA) and the City of Darwin’s Smart City plan.

Plans to develop the Territory’s short- and long-term liveability via infrastructure will be thoroughly discussed at the 8th Annual NT Major Projects Conference at the Darwin Convention Centre on the 18th and 19th of November. The Conference attracts over 250 senior-level delegates annually, and this year’s agenda features over 20 industry-leading expert speakers.

Through the Territory Government’s $1.75 billion infrastructure investment, there are plans to make the most of the region’s land availability. An example of this will be the Darwin Battery Storage Gigafactory project. Facilitated by Energy Renaissance, the company’s Managing Director, Brian Craighead, will provide an overview of ‘Renaissance One’ at the Conference. Scheduled to go live in 2019, the gigafactory is a unique project that will be able to manufacture and store energy that is optimised, through lithium ion, for the hot and humid climate. Craighead will then expand on how the company plans to export this energy throughout Australia and the South-East Asian region.

With topics such as tourism and population growth, Ian Kew, Northern Territory Airports’ CEO, will updating on DIA’s current upgrade. The upgrade comes after it was estimated in the DIA’s draft Master Plan that passenger numbers would grow from two to six million in the next 20 years. This estimation is reinforced by Tourism Research Australia’s International Visitors in Australia paper. The June 2016-2017 year saw an 8 per cent rise of international tourists fly into the Territory capital.

Also discussing growth within region will be Gerard Rosse from City of Darwin. Rosse will present on the various current and proposed programs that are being initiated by the city council to ultimately make Darwin a Smart City. These projects revolve around issues such as technology, sustainability, infrastructure, jobs and liveability. This is paired with the signing of a Memorandum of Understanding between the Territory and Federal Governments which will assumedly lead to a City Deal, an agreement that prioritises investment and planning.

The 8th Annual NT Major Projects Conference 2017 is a premiere event, and has the support of the Northern Territory Government. Delegates and speakers who attend will have the chance to learn and network with some of the region’s key players from the infrastructure and construction sectors.